A quick overview of the highlights of eastern Sicily:

Taormina is a cascading hill town resort of two parts. The elegant town at the top nests nobly with streets to stroll on, sidewalk cafes and charming shops. Much what you would expect of a resort town once part of the Grand Tour it has sweeping views, an elegant promenade, and first class hotels. The Greek Theater which has impressive ancient ruins overlooking the sea is a spectacular photo op with the volcano Etna in the background remains timeless. Separate from the main town, Taormina Mare is located below at the foot of the hill and as the name suggest on the sea itself. This is all full on beach resort with a more casual vibe, including cheerful petite Isola Bella, a small island beach peninsula perched ideally for swimming. Whether mountain or seaside, Taormina is enchanting with two holiday experiences for the price of one.

Forgive the cliche, but for an offer you can’t refuse, Godfather fans will be thrilled to know they are in Corleone country. Parts of the film were filmed in the nearby towns of Forza d’Agró and Savoca, the later containing the iconic and charming Bar Vitelli. The house specialty is their lemon granitta, best enjoyed on the terrace so familiar from the film. While ‘The Godfather’ tour might seem like a silly thing to do, Savoca itself is a charming Sicilian village and worth a visit on its own merits. The fact that it has a place in popular culture and film history is a bonus. 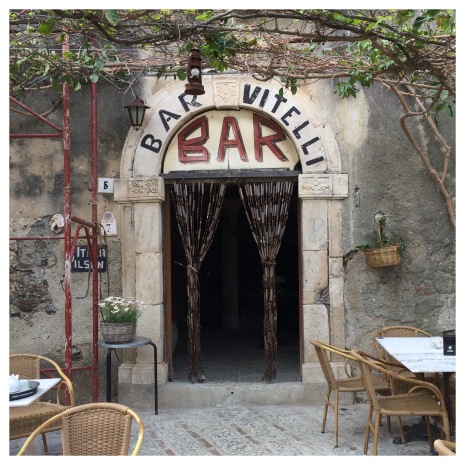 Down south, down the coast, is probably the jewel of Eastern Sicily. Syracuse, or Siracusa, which was once the most important Greek city outside of mainland Greece. The main historical attraction is the Greek Theater with its large amphitheater, and grounds is an obligatory stop. But truly the most enjoyable part of Siracusa is Ortigia. Right by the sea this small slice of town is delightful with its baroque architecture and narrow streets which give out to pretty piazzas. The main piazza of the Duomo being quite majestic with its expansive almost ice rink smooth surface and grand buildings and churches crowning the surface. There are a couple of caffes to stop and sit to really take in the view all while listening to the music playing before once again exploring the wandering streets of town. 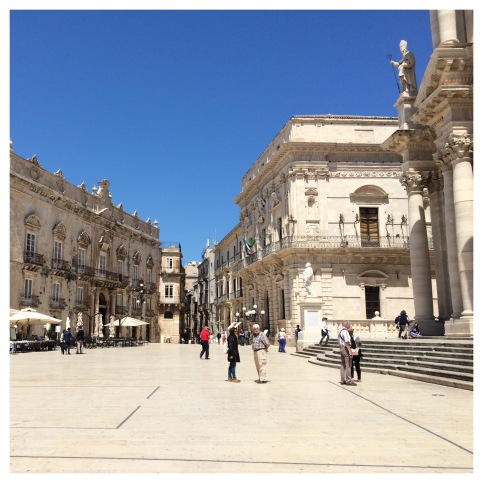 For some exceptional examples of Baroque architecture, the towns of Ragusa, Modica, and Noto in the Noto valley outside of Siracusa are simply regal. Ragusa being the biggest of the three and the most lively with its open promenade and ornate church sitting like a crown on the top of the hill town. Ragusa is inviting and cozy with its winding back streets and soothing southern Italian town life. While for a hill town really built on the vertical, Modica is astonishing. With its own spectacular baroque church hovering above the town it is somehow only in the middle of the vertical landscape and almost lost if not for its sheer imposing structure. Modica is also known for its chocolate so walking all those steps up to the church will get rid of those extra chocolate calories you had at the bottom! Last but not least is Noto and it is a shining gem with its formal and ornate baroque buildings. The town is not that big yet the grandness of the structures makes it seem so, at once still and musical at the same time, a honey hued stage.

Stylish travel with cocktail in hand